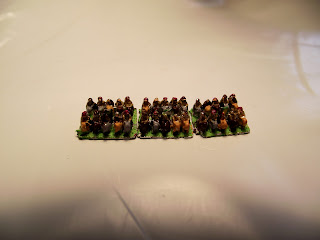 Colonel Thomas Leveson was born in Wolverhampton in the early 17th century. In the war, he sided with the King, and was appointed governor of Dudley Castle. Despite this garrison role, however, Leveson was a successful cavalry officer, and he and his regiment of horse served with the King's army on many fields.
Like with much about the war, I know very little about the man, but I have learned a fair amount from another blog, especially this post:
http://ubique-matt.blogspot.co.uk/2011/02/colonel-levesons-posse-part-1-of-3.html
I thank the author for his research. Though the photos don't show it, I have made use of the information on the regiment's colours. I thank you again. 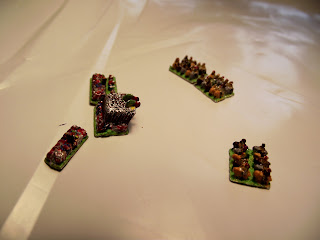 Here are some pictures of a company from the London Traynebands, bracing for a charge from Leveson's horse. 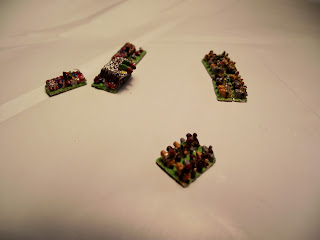 Numerical value for those who've shown momentary or greater interest in this blog.